In the cold night on the 4th of November in 1880 a train was passing the on the lonely stretch of the Marietta and Cincinnati route which was mostly forest aside from occasional clearings of land from small farms, coal mines, and iron furnaces. If you can visualize traveling these tracks on a night such as this at high speed with almost no light, the rails appear dark and desolate. The branches of the trees growing high over the tracks and blocking almost all moon and starlight which might have helped to light the way. The only sound coming from your train engine, wheels, and cars echo off the forest trees. You can now imagine yourself conducting a train through Moonville Ohio.

In an instant you see a light on the tracks ahead followed by a thunderous crash as your train is hit head on by another coming in the opposite direction. This is how Engineer Frank Lawhead and his fire man (Name unknown) met their end. Ever since, on the tracks and the path now left behind, there have been ongoing reports of figure in white that appears to be holding a lantern.

In 1856, the Marietta and Cincinnati Railroad (M&C) was pushing through southeastern Ohio to reach Cincinnati. William Cutler, the owner of the fledgling railroad, was having financial problems and was looking to streamline and conserve money while building the railroad.

A man named Samuel Coe convinced Cutler to build the railroad on his large property for free, in exchange for a favor. The railroad would be routed through Coe’s land in order to haul coal and clay off of his property. This move saved the railroad a great deal by reducing the amount of distance to Cincinnati.

Several coal mines sprang up, and it was found that there was a rich supply of it in the immediate area. Soon the mining town of Moonville was born.

Moonville never was a big town, with a peak population in the 1870s of a little over a hundred. It is thought to be named for a man named Moon who once operated a store in the town. The town was isolated in the woods and far away from any other towns; people had to walk the tracks to get from there to the nearest towns of Hope or Mineral. Vinton County is currently the least populated and most heavily forested county in Ohio; in those days it was even more wild and inhospitable.

Walking the tracks was incredibly dangerous, and was made even more hazardous by two long trestles in the area and the long Moonville tunnel. One trestle stood over Raccoon Creek less than 50 yards (46 m) away from the tunnel mouth. It is estimated that by 1920 alone, 5 or 6 people lost their lives on the bridges or within the tunnel. The last fatality was in 1886, when a 10 year old girl was struck by a Steam locomotive on that trestle directly in front of the tunnel.

In 1887 the M&C was bought out by the Baltimore and Ohio Railroad (B&O). It quickly became part of a vital line from St. Louis to Washington, DC. Train traffic increased dramatically, while the town entered a decline from which it never recovered. By the turn of the century the coal mines slowly started to be used up and closed down. The last family left town in 1947; by then the town itself was abandoned. By the 1960s all the buildings were gone and there was little to mark the site, other than the town cemetery and the tunnel.

There are a number of references to a Chillicothe Gazette article but I have been unable to obtain a copy. Also I do not see this wreck listed on Gen Disasters but the reference is below:

A ghost (after an absence of one year) returned and appeared in front of a freight at the point where Engineer Lawhead lost his life. The ghost is seen in a white robe and carrying a lantern. “The eyes glistened like balls of fire and surrounding it was a halo of twinkling stars – Chillicothe Gazette, February 17th, 1895

I was able to find a video on YouTube which claims to have caught the spirit although it looks as though it could have easily been faked and the spirit is not in white nor is it holding a lantern. 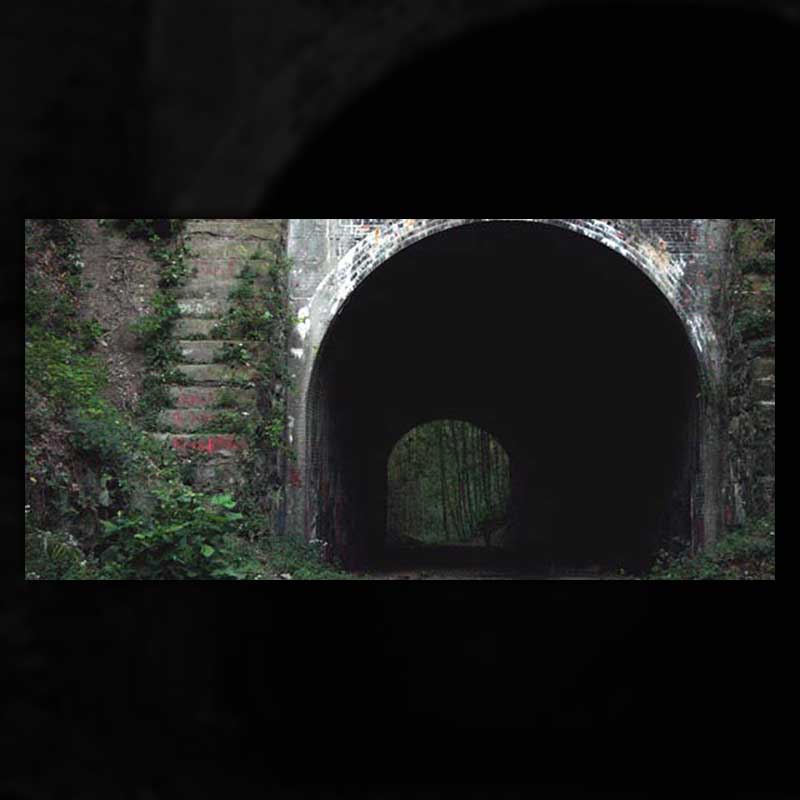